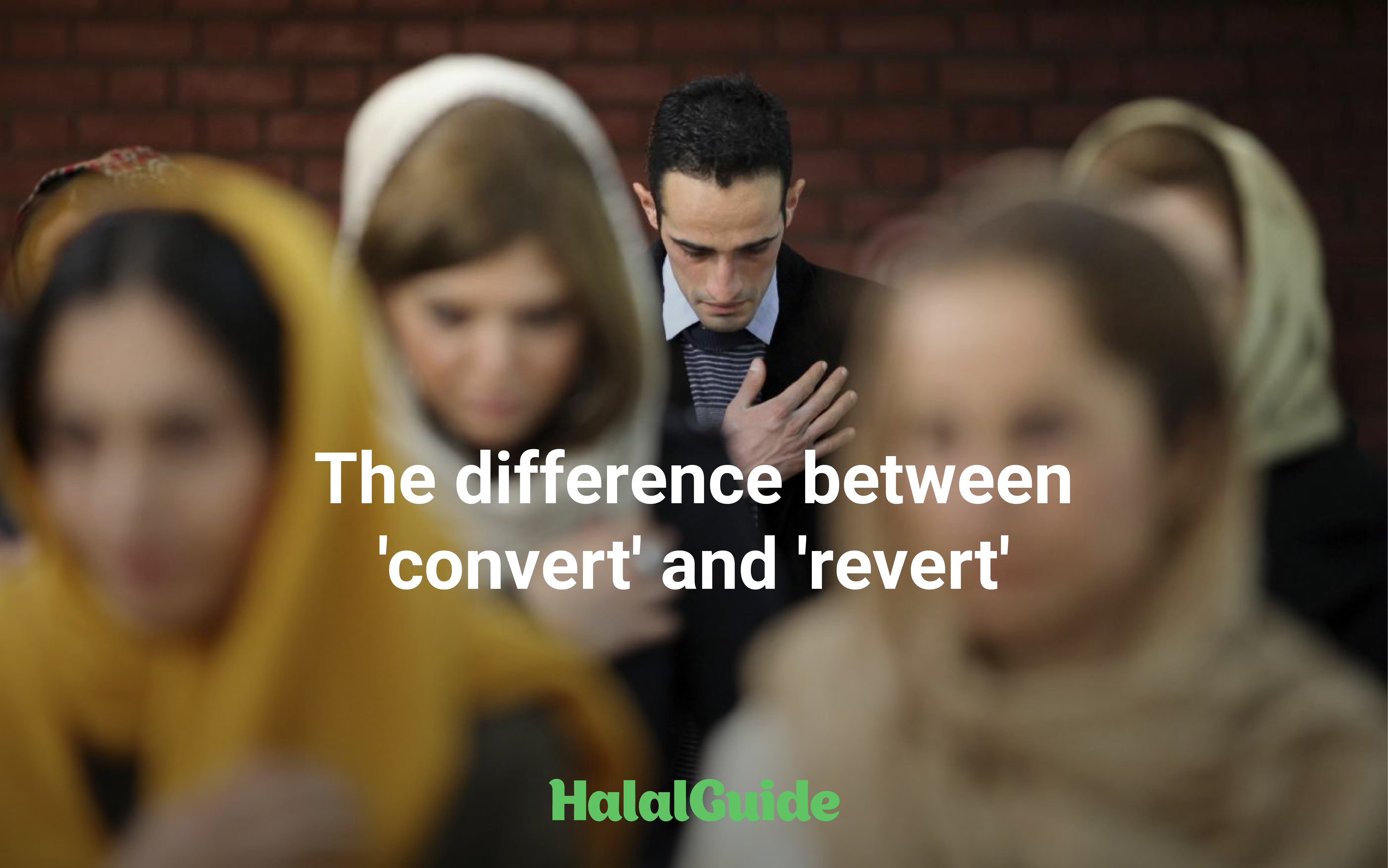 Let’s get this clarified once and for all.  What’s the difference between ‘convert’ and ‘revert’?

It’s a long term on-going debate, and one which never comes down to a final answer. Some have no second thoughts on what term is correct to apply while many, carry strong opinions on which concept they’d like to be address as.

We’ll keep this short and simple by breaking down the definitions and reasoning’s.

According to the Oxford dictionary definition, here are what the two terms specifically mean:

It was first very popular to immediately categorise the newly embraced Muslims as ‘converts’. However, gradually, as people became more conscious of the Prophets saying regarding the concept of ‘fitrah’, people in the Muslim communities began to popularise and utilise the term ‘revert’. A revert is returning back to that innate faith to which they were connected as young children, before being led away.

Our beloved Prophet (saw) told us in more than one hadīth about the fitrah that each person is born upon.

The word fitrah can be translated as ‘natural disposition’ or ‘natural instinct’; upon this understanding one can take fitrah to be in some sense a kind of innate characteristic.

Prophet Muhammad said, "No child is born but upon Fitra (as a Muslim). It is his parents who make him a Jew or a Christian or a Polytheist" (Sahih Muslim, Book 33, number 6426). Therefore, it is interpreted as a person returning back to his natural condition at birth; which is as a Muslim, instead of thinking in terms of "converting" people over to Islam.

On the other hand, newly embraced Muslims who choose to adopt the term ‘convert’ when addressing themselves say it’s be due to the fact they have made a conscious life-changing decision and do not feel they have anything to "go back" to, perhaps because they had no strong sense of faith as a child, or perhaps because they were raised without religious beliefs at all. It can be taken to offence by some when using the term ‘revert’ as they believe ‘revert’ simplifies and belittles their transformation and process of bettering themselves whereas, ‘convert’ implies what is truer about the path – a continuous transformation, a continuous revamping, rebuilding, and renewing of her faith.

In writing, it is best to use the term "revert/convert" to cover both positions without offending anyone. In spoken conversation, people will generally follow the lead of the person who is sharing the news of their conversion/ reversion.

Either way, it is always a cause for celebration asreverting/converting to Islam is always a big step because it involves a person breaking through his or her past beliefs and seeing the light of Islam.

Narrated Abu Sa‘îd Al-Khudri Allah’s Messenger said, “If a person embraces (converts to) Islam sincerely, then Allah shall forgive all his past sins, and after that starts the settlement of accounts: the reward of his good deeds will be ten times to seven hundred times for each good deed, and an evil deed will be recorded as it is unless Allah forgives it.”