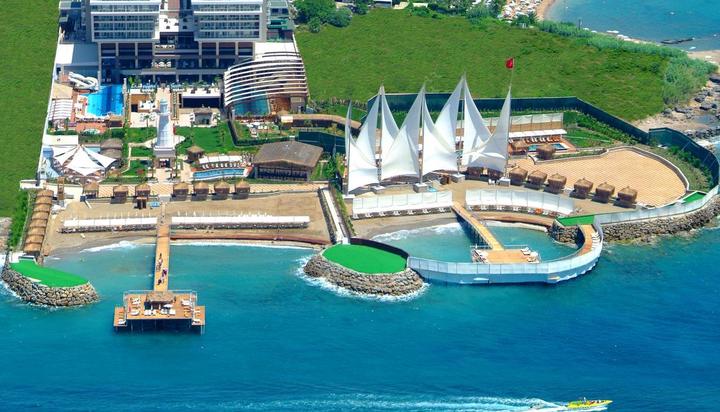 Halal tourism refers to activities that are suited to Islamic principles, with the intention of engaging more Muslims in the tourism industry. However, as the initiative is still relatively new, it has only been implemented in a few parts of the world. In fact, many tourist providers seem to have a limited idea or even confusion concerning the initiative. Some even still relate Halal tourism only to Halal foods and non-alcoholic beverages. In reality, however, Halal tourism includes Halal activities, Halal hotels, as well as sites that are equipped with facilities in which Muslims can worship. Some examples of Halal tourism include the availability of places of worship in shopping centres and other major tourism facilities. In the UK, this phenomenon is increasingly apparent. For example, prayer rooms can be found at Trafford Centre, Manchester Airport, Heathrow Airport, and other places. Other examples are hotels that serve Halal foods and have separate swimming pools and spa facilities for men and women. Simultaneously, the number of flights serving Halal foods and beverages, having prayer spaces, announcing prayer schedules, and incorporating religious programmes into tourism activity packages have been increasing. Furthermore, a number of places have begun promoting themselves as Halal tourism destinations. Indonesia is a prime example in which the Tourism Ministry has formally announced three provinces as Halal tourism destinations, including Aceh, West Sumatra, and West Nusa Tenggara. In addition to its beautiful scenery, these three areas are known as regions that uphold strong Islamic culture and values. The growth of Halal tourism can be attributed to several obvious reasons, the important one being the growing worldwide Muslim population, resulting in a rise in the number of Muslim tourists. It is important to note that Halal tourism is not aimed to alienate Muslim tourists from general tourism activities, or otherwise, to alienate non-Muslim visitors in certain tourists destinations. Rather, it seeks to provide opportunities and convenience for Muslim tourists to perform their religious duties while travelling or enjoying their leisure time. In fact, the concept of Halal tourism could also help non-Muslim visitors, including keeping children away from alcohol when they are on vacation. Of course, the Halal tourism initiative is also expected to be one of the means for non-Muslims to see and learn about the true teachings of Islam. This means Muslim travellers can travel comfortably, while non-Muslim travellers can discover the true meaning of Islam.