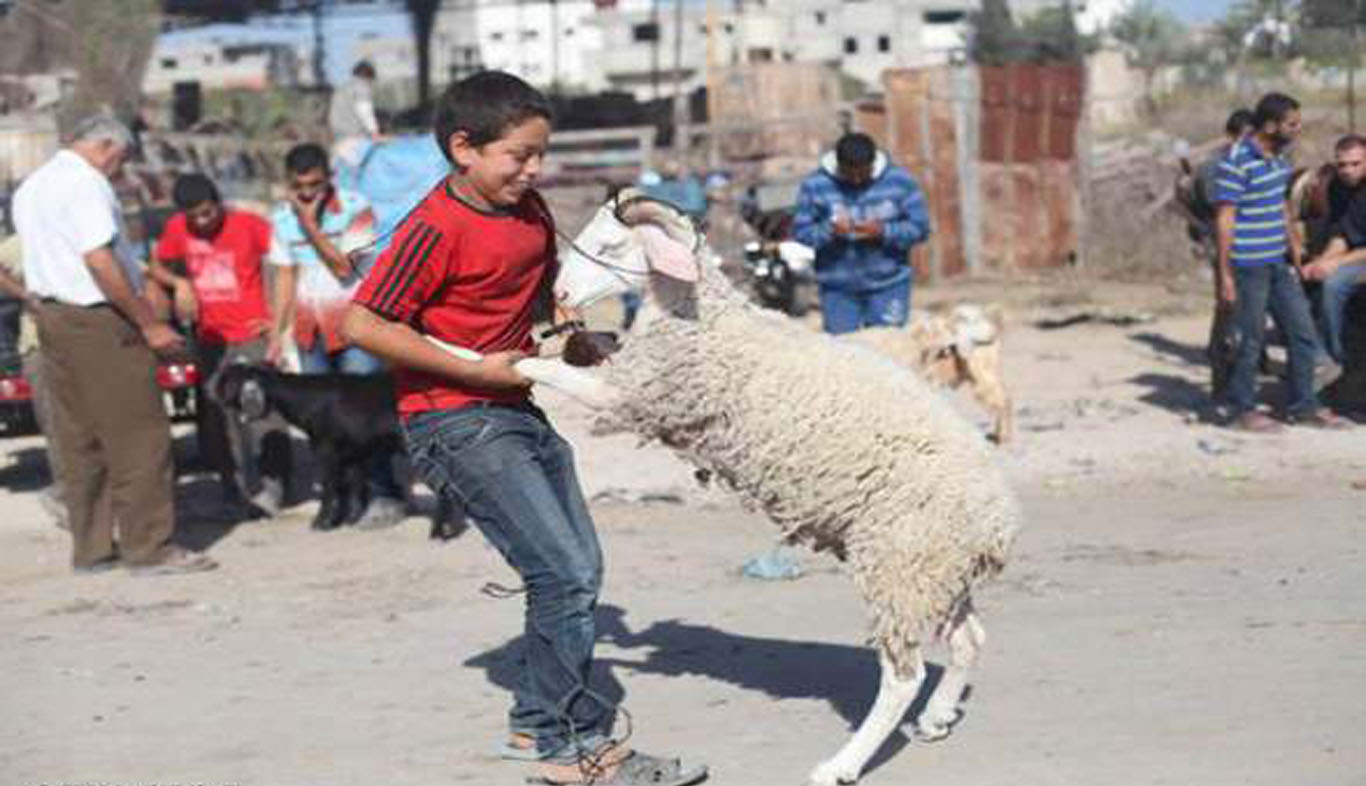 Do animals have rights?
The vegetarian argument is that killing animals for the benefit of humans is cruel and an infringement of their rights. They put both on the same level without conceding any superiority to humans over animals. This argument is seriously flawed, because if animals had rights comparable to those of humans, they must also have equivalent duties. In other words, we must be able to blame them and punish them if they violate the rights of others. It is absurd that it should be considered a crime for humans to kill a sheep, but natural for a lion to do so. The problem stems from a misconception of the role of human life within the animal kingdom: a denial of purposeful creation within a clearly defined hierarchy degrades humans to the level of any other creature. Yet even then, the argument is illogical: Why should plants, for example, be denied the same protection from a violation of the sanctity of their life?
Is Islamic slaughter cruel?
The question of how an animal should be slaughtered to avoid cruelty is a different one. It is true that when the blood flows from the throat of an animal it looks violent, but just because meat is now bought neatly and hygienically packaged on supermarket shelves does not mean the animal didn’t have to die. Non-Islamic slaughter methods dictate that the animal should be rendered unconscious before slaughter. This is usually achieved by stunning or electrocution. Is it less painful to shoot a bolt into a sheep's brain than to slit its throat? To watch the procedure does not objectively tell us what the animal feels.
The scientific facts
A team at the University of Hanover in Germany examined these claims through the use of electroencephalogram (EEG) and electrocardiogram (ECG) records during slaughter. Several electrodes were surgically implanted at various points of the skull of all the animals used in the experiment and they were then allowed to recover for several weeks. Some of the animals were subsequently slaughtered the Halal way by making a swift, deep incision with a sharp knife on the neck, cutting the jugular veins and carotid arteries of both sides together with the trachea and esophagus but leaving the spinal cord intact. The others were stunned before slaughtering using a captive bolt pistol method as is customary in Western slaughterhouses. The EEG and ECG recordings monitored the condition of the brain and heart throughout the slaughtering process.
The Halal method
With the Halal method of slaughter, there was no change in the EEG graph for the first three seconds after the incision was made, indicating that the animal did not feel any pain from the cut. This is not surprising. Often, if we get cut ourselves from a sharp instrument unintentionally, we do not notice it until sometime later. The following three seconds were characterized by a condition of deep sleep-like unconsciousness brought about by the draining of large quantities of blood from the body. Thereafter the EEG recorded a zero reading, indicating no pain at all, yet at that time the heart was still beating and the body convulsing vigorously as a reflex reaction of the spinal cord. It is this phase which is the most unpleasant for onlookers who are falsely convinced that the animal suffers whilst its brain does no longer record any sensual messages.
The Western method
Using the Western method, the animals were apparently unconscious after stunning, and this method would appear to be much more peaceful for the onlooker. However, the EEG readings indicated severe pain immediately after stunning. Whereas in the first example, the animal does not feel pain due to the brain starvation of blood and oxygen - a brain death, to put it in layman’s terms - the second example causes a stoppage of the heart whilst the animal still feels pain. However, there are no unsightly convulsions which not only means that there is more blood retention in the meat, but also that this method lends itself much more conveniently to the efficiency demands of modern mass slaughter procedures. It is so much easier to dispatch an animal on to the conveyor belt, if it does not move.
Appearances can be deceiving
Not all is what it seems, then. Those who want to outlaw Islamic slaughter, arguing for a humane method of killing animals for food, are actually more concerned about the feelings of people than those of the animals on whose behalf they appear to speak. The stunning method makes mass butchery easier and looks more palatable for the consumer who can deceive himself that the animal did not feel any pain when he goes to buy his cleanly wrapped parcel of meat from the supermarket. Islamic slaughter, on the other hand, does not try to deny that meat consumption means that animals have to die, but is designed to ensure that their loss of life is achieved with a minimum amount of pain.
The holistic view
Islam is a balanced way of life. For Muslims, the privilege of supplementing their diet with animal protein implies a duty to animal welfare both during the rearing of the animal and during the slaughter. Modern Western farming and slaughter, on the other hand, aims at the mass consumer market and treats the animal as a commodity. Just as battery hens are easier for large-scale egg production, Western slaughter methods are easier for the meat industry, but they do neither the animal nor the end consumer any favour. The Islamic way guarantees a healthier life for the animal and a healthier meat for the consumer.