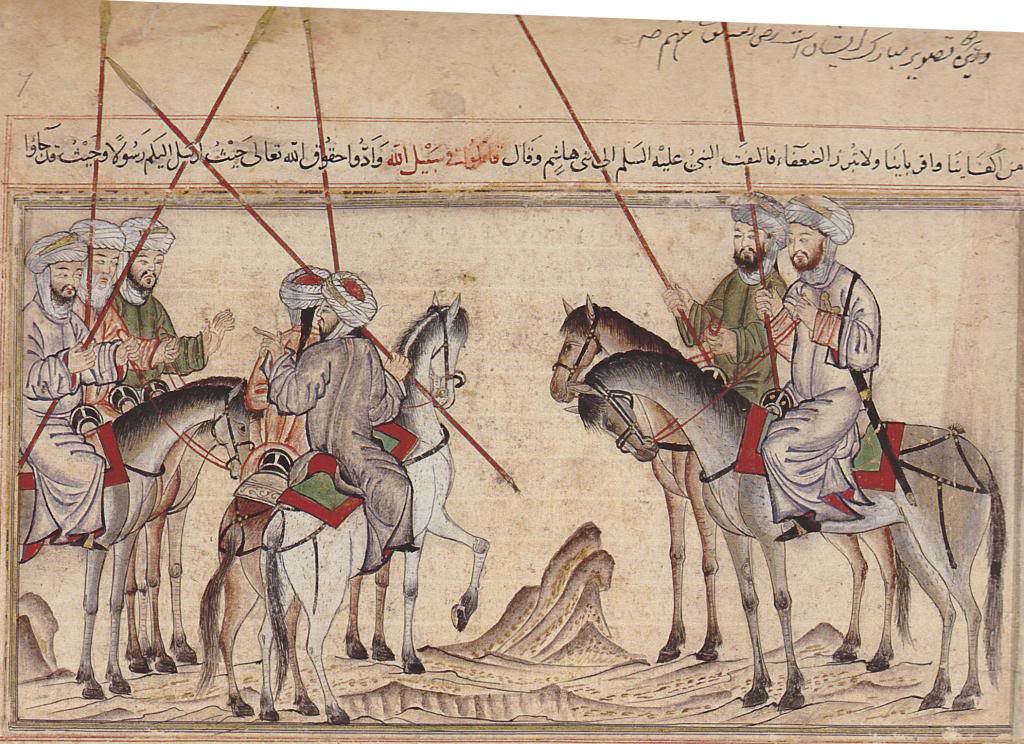 the life of the Prophet Muhammad (peace be upon him the Almighty!) was exposed to many dangers and trials. The battle of Badr was an attempt of the Gentiles to carry out his plan to humiliate Muslims and possible murder of the Prophet Muhammad (PBUH).The reason for the battle was the aspiration of devout Muslims under the leadership of the Prophet (peace be upon him the Almighty!) to prove their strength, the righteousness of faith, the power of Allah. Because initially Muslims were forbidden to use force against the Gentiles. The time has come when all the Muslims had to prove their loyalty to Allah.

a settlement, which is inhabited by the Muslims (Yathrib), took the route of the caravan. The prophet (PBUH) decided to seize the moment and capture the caravan. Many Muslims were expelled from Mecca. They had selected all the property. The capture of the caravan was supposed to reimburse.

Under the banner of the Prophet Muhammad (PBUH), gathered 300 brave soldiers. Poorly armed and had combat experience, but with courageous hearts, they went out to intercept the caravan.

the Quraish found out the plans of the Muslims came to protect the caravan. Gathered 1,000 of the Gentiles, well armed and confident in victory. The battle began from Quraish, al-Aswad Ibn Abd al-Asad al-Hasumi, and Muslims Hamza Ibn Abd al-Muttalib. Hamza killed the pagan. This small victory marked the beginning of the complete victory of the Muslims over the Quraish.When armies met in a fierce battle, the Prophet (peace be upon him) was there to control troops. The fearless warriors of Allah had smote the heathen. Warrior-Muslim has fought for two and for three. During the battle, when the Prophet (peace be upon him the Almighty!) he prayed to Allah, from the heavens angels descended to help the Muslims.The battle was a turning point, and the Quraish retreated. Losing a lot of their countrymen, the Gentiles were forced to surrender. Many were captured. At the behest of the Prophet (peace be upon him the Almighty!) the prisoners were treated well.

the The great battle of Badr took place in 624 and was the first major and significant victory for the Muslims. This battle showed the courage and steadfast faith of the Prophet (peace be upon him the Almighty!) and his mercy.