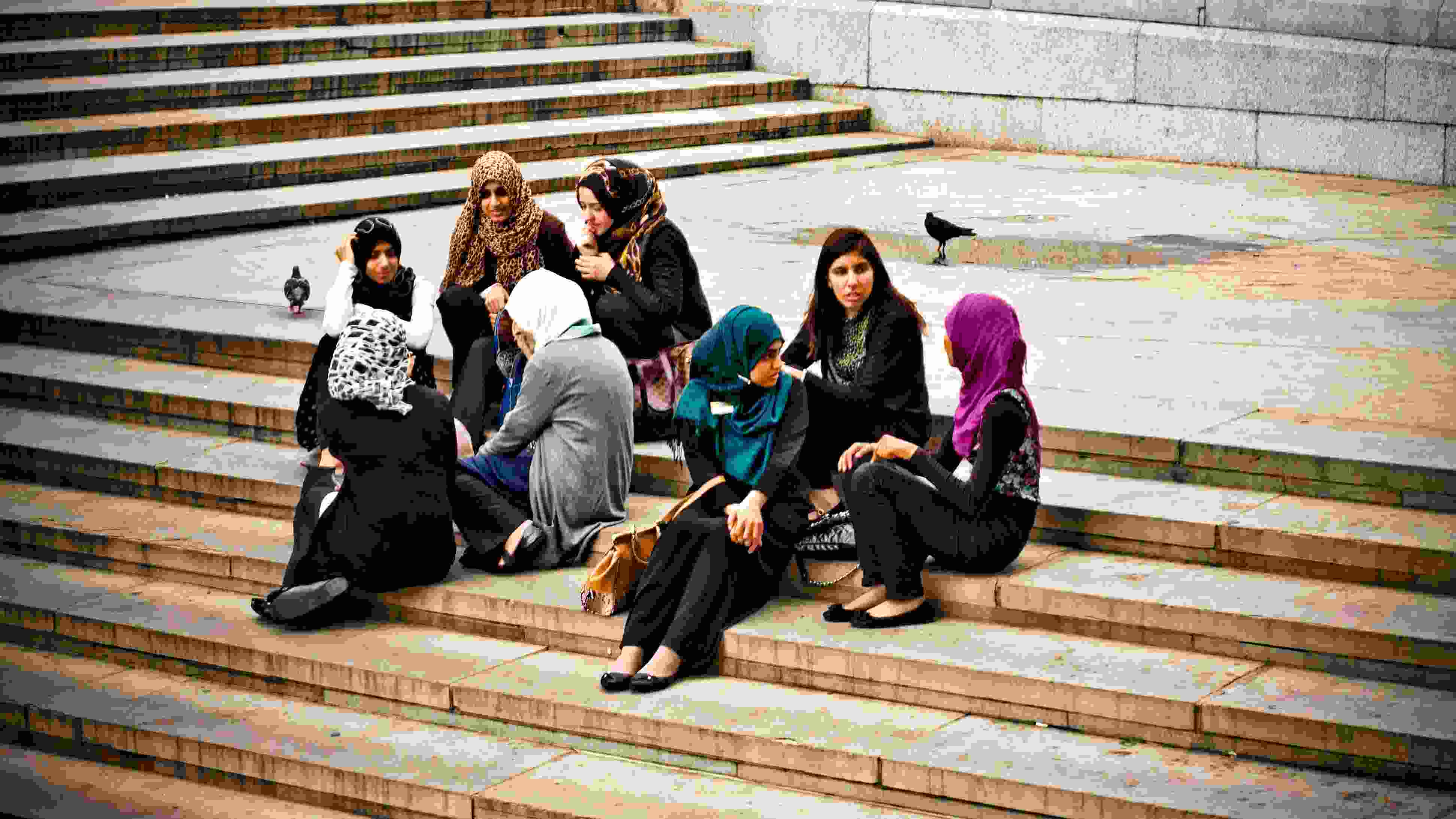 Among both the Eastern and Western world, there are many myths regarding Muslim women. For example, many people in the West believe that Muslim women are oppressed by Islam, whereas in some countries in the East, honor killings are seen as religiously lawful. But it's time to break these misconceptions once and for all. Here are some of the most common misconceptions surrounding Muslim women and the truth about them.

The term hijab means different things to different people. But it is explained very clearly in the Qur’an, and what might be shocking to some is that men are expected to wear a hijab too. In fact, it is down to the men to lower their gaze and cover their privates before women are.

Tell the believing men to reduce [some] of their vision and guard their private parts. That is purer for them. Indeed, Allah is Acquainted with what they do. (An-Nur 24:30)

And tell the believing women to reduce [some] of their vision and guard their private parts and not expose their adornment except that which [necessarily] appears thereof and to wrap [a portion of] their headcovers over their chests and not expose their adornment except to [their mahram and women]. And let them not stamp their feet to make known what they conceal of their adornment. And turn to Allah in repentance, all of you, O believers, that you might succeed. (An-Nur 24:31)

There are plenty of western people who believe that Muslim women are forced to wear the hijab by their husbands and fathers. Unfortunately this is true in some families, but it is important to know that this is in no way part of Islam. Although the hijab is a component of the religion, what makes Islam beautiful is that there is an emphasis on free will. Everyday, Muslims have to make a conscious choice to follow the path of Islam and shouldn’t carry out actions based on routine or coercion. No-one should be forced to force anything in Islam, as it will only result in the person being alienated and pushed away from the religion. What’s more, Islam is about sincerity. If a woman is forced to wear a hijab, it would be ingenuine and she could even start to find contempt for her husband or father.

Because Muslim women are expected to cover up, people assume they can't feel good in what they wear or they always have to wear black. While the latter is quite prevalent around the world, there’s nothing saying women cannot wear bright colours.

There are a couple of discrepancies between some Muslims about certain types of clothing, like whether women are required to cover their faces, for example. It is also not agreed upon whether women can wear wide legged trousers, or trousers in general, as some scholars believe that they resemble men’s clothing; though it has recently become more accepted in society.

There are lots of people on social media showing how women can be fashionable without breaking the Islamic dress code. A couple of examples are Alexandra Golovkova and Hijabi_in_London, who both regularly post on Instagram displaying their modest outfits. You can find other Muslim social media influencers here.

An honor killing is the act of murdering a relative, usually a female, due to the offender believing she dishonored the family. In some cultures, newborns were killed purely for being a daughter. During the Prophet Muhammed’s (pbuh) time, it was an everyday practice for honor killings and female infanticide to take place, hence people believing it’s part of Islam. Nonetheless Islam views these as despicable acts and are no way part of the religion. Even if a female in the family does something wrong, relatives must show patience and should not kill them.

The Prophet (pbuh) once said: “The person who is faced with hardship due to his daughters, and makes Sabr (is patient), then his daughters will be a Pardah (curtain) between him and the Hell fire.” (Bukhari)

In terms of female infanticide, the Qur’an make makes it very clear that this is forbidden.
When news is brought to one of them (of the birth of a female child) his face darkens, and he is filled with inward grief! With shame does he hide himself from his people, because of the bad news he has had! Shall he retain in on sufferance and contempt, or bury it in the dust? Ah! What an evil choice they decide. (An-Nahl 16:58- 59)

A common reason why some non-believers look down upon Islam is because they believe that Muslim women have no rights, aren’t allowed to be independent and are therefore oppressed. Yet most people don’t know that Islam was one of the first religions to introduce rights to women in society, at a time when they treated as second class citizens. Here are just some of the rights Islam brought to women:

In line with polygamy, it is common knowledge that it is permitted in Islam and men can have up to four wives. However it is not realised that one of the reasons is for the benefit of women because during the time of the Prophet (pbuh), women were often left husbandless or widows. Given that there was a bigger ratio of women to men, it indicated it was hard for women to find a single man. This ruling meant that single mothers had someone to help raise their children. Keep in mind that men are only allowed to marry multiple women if they can support them all emotionally and physically equally, otherwise it shouldn’t be a choice for them.

In Islam mothers are ranked higher than fathers. The religion acknowledges the pain a woman has to go through in order to bring a child in this world and as a result, she should be the most important person to the child. In fact, the role of a mother is put in a such high position that it is said that “paradise is at the feet of the mother”.

While it is true that it is not obligatory for women to pray in mosques, it is not an Islamic rule that they cannot go to them at all. Unlike with men, women do not receive extra blessings for praying in congregation and it is better for them to pray at home. Yet if a woman decides that she wants to go to the mosque, a man has no right to stop her. Here are a couple of hadiths regarding the matter:

The Prophet (pbuh) said, "If your women ask permission to go to the mosque at night, allow them." (Bukhari 865)

Ibn ‘Umar reported the Messenger of Allah (pbuh) as saying, “Do not prevent your women from visiting the mosque; but their houses are better for them (for praying)”. (Abi Dawud 567).