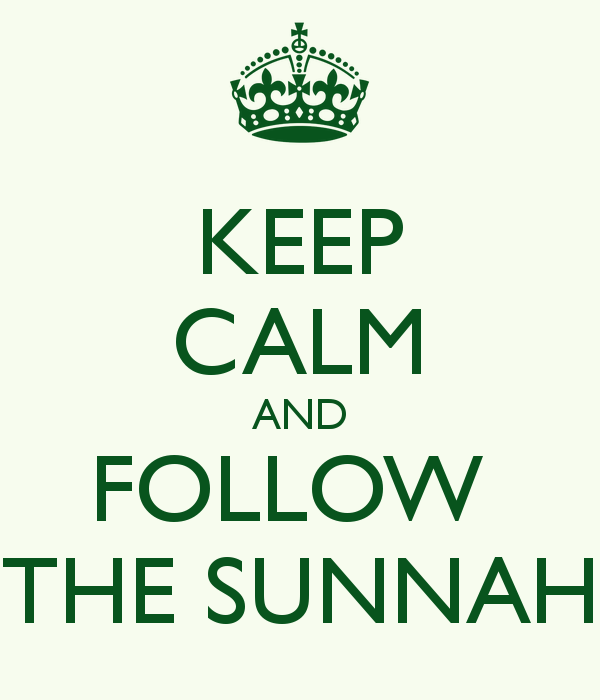 Did you know there are over 150,000 hadith - with repetitions - in just Sahih al-Bukhari and Sahih Muslim, which are two of the most authentic compilations about the Sunnah of the Prophet Muhammad (pbuh). Imagine how many hadith there are altogether!

As we learn about the life of the Prophet Muhammad (pbuh) through the hadith and sunnah, it’s common to either forget much of it or never learn it in the first place. This is especially true as society is different today than in was in the Prophet’s (pbuh) time, so we don't view them as essential anymore. But this is definitely not the case. Below are some sunnahs and hadith that seem to have been forgotten today. All the hadith mentioned in this article are sahih (authentic).

With food being mass produced and meals becoming supersized in restaurants today, it’s easy to overeat. Generally we eat until we are completely full, to the point where we can’t eat another morsel and become bloated. Too much of our lives are surrounded around eating. But this isn’t what the Prophet taught.

Miqdam bin Madikarib said: “I heard the Messenger of Allah (pbuh) say: ‘A human being fills no worse vessel than his stomach. It is sufficient for a human being to eat a few mouthfuls to keep his spine straight. But if he must (fill it), then one third of food, one third for drink and one third for air.’” (Ibn Majah. Vol. 4, Book 29, Hadith 3349)

As you can see from this hadith, your stomach should never be more than two thirds full and there are many benefits to this. One benefit is that you will be less likely to be overweight, reducing your chances of having high cholesterol and any heart conditions, allowing you to possibly live longer. By eating and drinking less, you won’t feel as lethargic after your meals, giving you energy to use your time wisely, as opposed to lounging in front of your TV.

When you are a firm believer in Islam, you want for others what you have yourself. As a result it’s understandable if you’re constantly seeing opportunities in everyday life to teach others about your religion. But there is always a time and place for this.

Ibn Mas`ud once said: The Prophet (pbuh) used to take care of us in preaching by selecting a suitable time, so that we might not get bored. (He abstained from pestering us with sermons and knowledge all the time). (Bukhari 68)

Imagine if a close friend constantly talked to you about their beliefs - such as veganism or astronomy. Even if you respect them, if can get a little boring hearing about it so often. It is the same for when you are preaching about Islam too, whether it is to Muslims or non-Muslims. Instead of talking about your religion, keep in mind that one of the best ways to do dawah work is through your actions. What’s more, when you do speak of Islam, it is essential that you know your facts before spreading information.

Most people despise confrontation. So when we become annoyed or hurt by something a loved one did, we tend to turn to a friend or family member and end up complaining about them. It’s easier to quickly vent to someone rather than talking to the person directly right? Not so. Backbiting or gossiping is condemned by the Prophet Muhammad (pbuh).

The Messenger of Allah (pbuh) said, "Do you know what is backbiting?"
The Companions said: "Allah and His Messenger know better."
Thereupon he said, "Backbiting is talking about your (Muslim) brother in a manner which he dislikes."
It was said to him: "What if my (Muslim) brother is as I say."
He said, "If he is actually as you say, then that is backbiting; but if that is not in him, that is slandering.” (Muslim Book 18, Hadith 13)

The Prophet (pbuh) gives a clear definition of the difference between slandering and backbiting. Regardless of whether what you are saying about others behind their backs is true or false, you should not be speaking negatively of them when they are not around. Not only would you look like a bad person by doing so, it can have negative consequences such as rumours being spread.

If you ever have an issue with what a person has said or done, it is always better to let it go or talk directly to the person. While it may be uncomfortable at first, it is the best solution and can save a friendship or relationship.

How often have you turned on your TV or laptop as soon as you got home from a long day and watched a few TV shows or Youtube videos until you were ready for bed? Or have you ever sat on your phone for an hour or so just scrolling through social media? These are well known ways to procrastinate, but wasting time was frowned upon by the Prophet (pbuh).

Abu Huraira reported the Prophet (pbuh) as saying: “Do not abuse Time, for it is Allah Who is the Time.” (Muslim 2246e)

We must always remember that the reason we are put on this earth is to serve Allah and our ultimate goal in to get into Heaven. By wasting time, through any means, you are potentially missing out on forgiveness, as well as many rewards and blessings. We never know how much time we have on this Earth, so spend as much time as you can being productive. Some ways to be more productive is by: