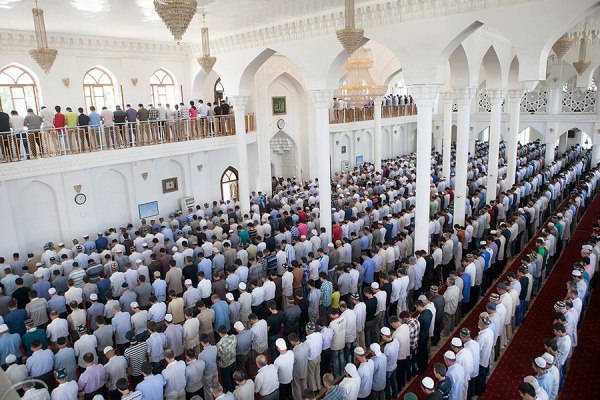 Jummah prayer is the congregational Friday prayer for Muslims, which is prayed in place of Zuhr (noon supplication). Given that this prayer is only performed once a week, it can be easy to forget some simple sunnahs. Here are some important reminders for attending Jummah prayer.

Perform Complete Ablution:
While there is a small debate about whether performing ghusl (bathing) is obligatory or optional on a Friday, it is definitely mentioned in a number of hadiths. As Allah’s Messenger (PBUH) stated:

"The taking of a bath on Friday is compulsory for every male (Muslim) who has attained the age of puberty.” (Bukhari 879).
“It is the right of Allah upon every Muslim that he should take a bath (at least) on one day (Friday) during the seven days (of the week) and he should wash his head and body.” (Muslim 849).

Regardless of which side of the debate you are on, there is no doubt that bathing on Friday is a strongly recommended way of living. Why miss out on such an easy reward? Keep in mind that if you invalidate your wudu (ablution) after performing ghusl, there is no need to repeat it as making wudu is will suffice.

Clean Up & Dress Up:
Abu Huraira proclaimed the Prophet Muhammed (PBUH) as saying:

“The best day on which the sun has risen is Friday; on it Adam was created. on it he was made to enter Paradise, on it he was expelled from it.” (Muslim 854a)

Friday is a special day and should be treated as such; the Prophet (PBUH) even described Jummah as a weekly Eid. Whilst naturally you’d bath on Eid, it’s also Sunnah to clip your nails, wear your best clothes, wear non alcoholic perfume and even use miswak to clean your teeth.

Allah's Messenger (PBUH) said, "If I had not found it hard for my followers or the people, I would have ordered them to clean their teeth with Siwak for every prayer." (Bukhari 888).

Be Early:
In general, being punctual in Islam is a virtue, but on Friday being early to the Jummah prayer is what we should all aim to be. Prophet Muhammed (PBUH) said:

“On the day of Jummah, the angels stand at the entrance of the Masjid in which Jummah Salat is to be offered. They write down the name of the person who enters the Masjid first, and thereafter the name of the person who follows, and they continuing doing this. The person who entered first will receive the reward of sacrificing a cow, thereafter a chicken, thereafter the reward of giving an egg as charity in the path of Allah. Once the khutbah commences, the angels close the register and begin listening to the khutbah.” (Muslim)

Essentially, the earlier you arrive the more rewards you will receive. Be sure to arrive in time for the khutbah (sermon) as you can no longer receive this reward once it starts.

Don’t Rush:
This one very much relates to the previous reminder. If you are early to the Jummah prayer, you wouldn’t need to rush. But as we all know whether you are in school, work, or unemployed, life can easily get in the way, leaving you with very little time to arrive at the mosque. However it is important for you not to rush.

"If the prayer is started do not run for it but just walk for it calmly and pray whatever you get, and complete whatever is missed." (Bukhari 908).

Be Attentive:
Though your Jummah prayer is still valid if you miss the khutbah, some may forget the importance of attending it; even the angels stop to listen to the imam’s khutbah. Khutbahs are perfect for reminding us of Allah as well as interesting stories about the prophets (PBUT).

"When the Imam is delivering the khutbah, and you ask your companion to keep quiet and listen, then no doubt you have done an evil act." (Bukhari 934)

Because khutbahs are a major part to Jummah prayer, it is vital to be attentive when it is being delivered. In fact as the hadith explains, if you speak up to tell someone to be quiet, you are just as bad as the person you are talking to.

“Whoever reads Soorat al-Kahf on the day of Jumu’ah, will have a light that will shine from him from one Friday to the next.” (Narrated by al-Haakim, 2/399; al-Bayhaqi, 3/249)

This hadith shows that by reading this surah, you can receive Allah’s mercy and blessings for 8 days; you will even be immune if the Dajjal (Anti Christ) comes out. What’s great about this surah is that it can be read at any time on the day of Jummah, from Thursday’s sunset to the sunset on Friday.

Say More Blessings:
Finally, say more blessings and greetings to the Prophet (PBUH) the night before Friday and the day of it. Aws ibn Aws narrated that the Messenger of Allah (PBUH), said:

“Among the most excellent of your days is Friday; on it Adam was created, on it he died, on it the last trumpet will be blown, and on it the shout will be made, so invoke more blessings on me that day, for your blessings will be submitted to me. The people asked: Messenger of Allah, how can it be that our blessings will be submitted to you while your body is decayed? He replied: Allah, the Exalted, has prohibited the earth from consuming the bodies of Prophets.” (Abi Dawud 1047)

Just like Christians have Sunday and Jewish people have Saturday, in Islam, Friday is one of the most holy days. Send your blessings to the Prophet (PBUH) and he will receive them as the bodies of the prophets (PBUT) will not decay.

If you'd like to learn more about the sunnahs of Jummah prayer, there is an entire book dedicated to it in Sahih al-Bukhari.