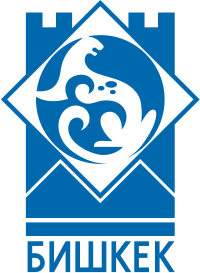 Bishkek - the capital of Kyrgyzstan, one of the largest cities of Central Asia and the largest city of Kyrgyzstan with population over 800 thousand people. Here live the representatives of more than 80 nationalities and ethnic groups. The main language of international communication - Russian.The city has many places for leisure activities. There are several major museums, the most interesting of which are the Historical Museum, the Museum of fine arts Museum. M. V. Frunze. Downtown pestreet posters of Opera and ballet Theatre, Russian and Kyrgyz drama theatres, Bishkek drama theatre, State Philharmonic. After T. Satylganov.There are lots of places, reminiscent of the Soviet period in the history of the city. Especially the strong influence of the Soviet epoch is felt in the center, where you can see many brilliant examples of Soviet architecture: Philharmonic, government building, Historical Museum, Victory Monument. Along with them you will see the modern samples of Kyrgyz architecture: the Monument of Manas, Monument of Courage, the monuments to poets, Manaschi (storytellers) and local rulers of different eras. Interestingly, Bishkek is the only city in Central Asia, where the Central square is a monument to V. I. Lenin.Bishkek remembers its history and will gladly tell it to anyone who wants to visit the small but cozy capital. In addition, the city is famous as one of the most environmentally friendly cities in the world, thanks to the many parks and avenues, the shade and coolness even in the midst of a hot summer.