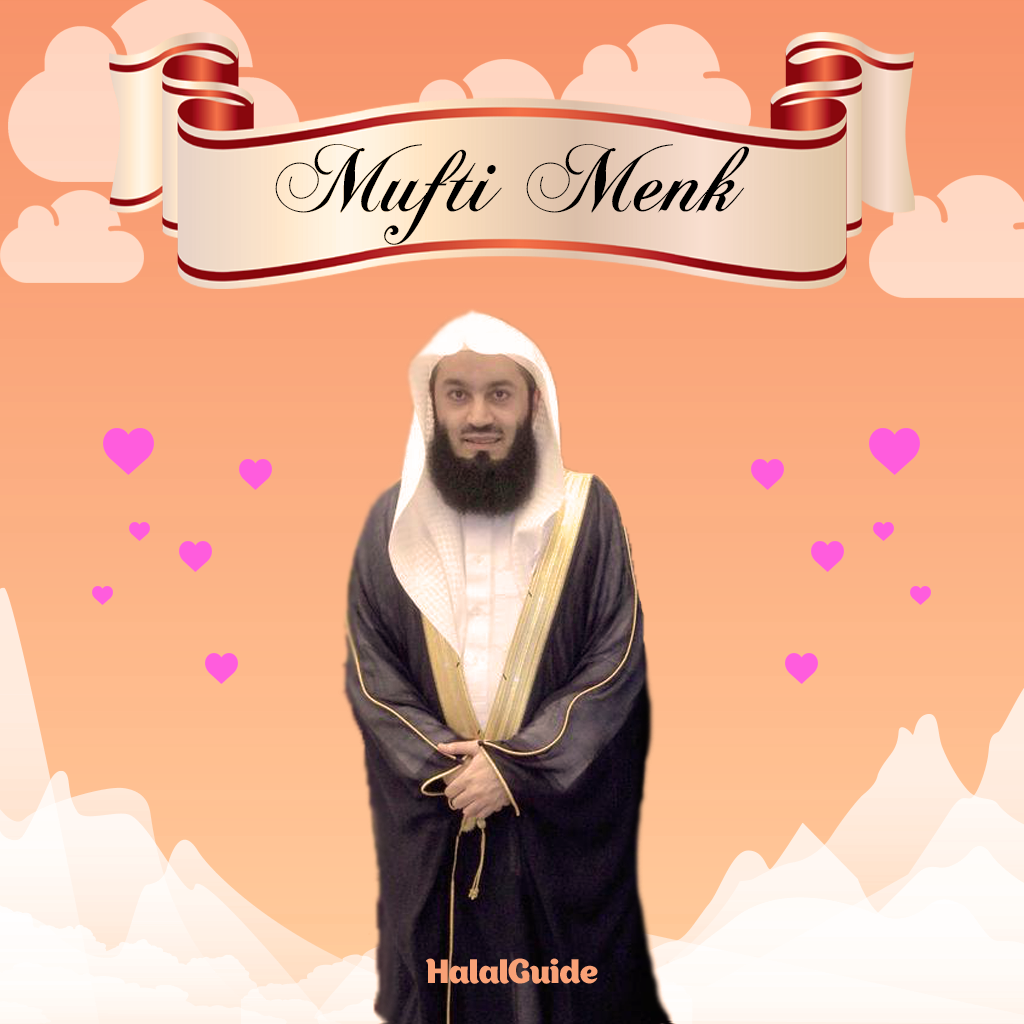 Let’s admit it, he’s a broad-minded charmer. And it makes sense, he’s been named as one of the Top 500 Most Influential Muslims in the World for the last six years in a row, by The Royal Islamic Strategic Studies Centre in the Kingdom of Jordan. It makes sense why.

He has millions of followers across his social media platforms and frankly, that says a lot.

He’s a sought-after scholar demanded from every part of the world for motivational talks and lectures, tickets to his events get sold out faster than any concerts, he’s always the focal point of the adverts for any event he attends.

Born and raised in Zimbabwe, Mufti Menk is a leading global Islamic scholar campaigning tirelessly for multiple purposeful initiatives across the globe, including speaking out against terrorism and extremists.

Praised as an inspiration to other scholars, HalalGuide examines what makes this particular Zimbabwean scholar such a hit.

Here’s a list of 10 top reasons why everyone loves Mufti Menk:

1. He teaches us how to deal with the haters.

And it’s not to hate them or get revenge. Mufti Menk regularly advises on how to be the bigger person, in a way that it benefits both sides. At a time where rap bars and lyrics promote toxic behaviour where keeping composure and remaining patient is perceived as ‘weak’, he teaches us to leave it as simple and sweet.

2. He makes the best jokes.

It’s not all doom and gloom. The speaker is known to express humor at talks and lectures, and it gives that one extra reason to make the effort to attend his khutbas. We can’t really make our mind up which joke was better, the one about Mo Salah which took everyone a minute to get or, "Whats with all this people taking weed. The only weed u shouLd have is TajWEED."

3. We were able to make a gigantic meme off him.

An unforgettable moment in the history of memes is indeed, Mufti Menk. A picture of him during the interview in Singapore regarding Isis and other terrorist groups, whom Menk of course, condemns. He kept the internet entertained for weeks and still when we see it. We laugh. Thank you Mufti Menk, like you don’t do enough for us already!

He’s been called telepathic, he’s been called a psychic. It doesn’t matter, as long as he keeps tweeting what he tweets, we stand.  Mufti Menk uses Social Media very consistently to guide and motivate people of all faiths towards great mannerisms and beautiful conduct, with respect and a non-judgemental attitude. He’s aware of all the messy feelings and situations everyone goes through, and when no one can make sense of it, he comes to the rescue.  In other words, he’s a twitter sheikh we accept.

5. He speaks up about women.

He regularly encourages the sunnah of treating women better with utmost respect, in fact, that’s how he won most of his female audience. While majority of the men have a lot to bash about women regarding makeup or dressing, he reminds the men its none of their business, to look away and to focus on themselves. He addresses how wives should be treated and their privileges and how common it is that they’re treated unfairly.

It’s an attribute he expressed since an early age, Mufti Menk understood a need to educate and to look after the women in his country and particularly in his community. Therefore, he started a weekly Sisters Learning Programme under the Council of Imams dedicated to women, empowering them with religion-based education and guidance on social and spiritual matters.

His words aren’t empty, like most. His broad-minded mentality comes from knowledge and years of studying. Observing life in all different parts of the world since young, he realised – you can not only aim, but also literally reach for the sky with education.

Mufti Menk did his Initial studies in Harare, Zimbabwe. He attained a degree in Shariah Law from the University of Madinah Munawwarah. He went on to specialize in Jurisprudence in Gujarat, India. Mufti Menk is a broad minded, He is the Head of the Fatwa Department of The Council of Islamic Scholars of Zimbabwe known as Majlisul Ulama Zimbabwe.

In the last decade, he has steered his career in a serious and meaningful direction by remaining active on many speaking engagements and lecture tours around the globe. He contributes regularly towards the Islamic content of various media networks and is an experienced social worker and counsellor. It’s clear, he practices what he preaches.

He is a man of peace and harmony. He emphasises the importance to co-exist with people from all beliefs. He believes that for a peaceful world everyone should work together towards achieving it. Menk says all individuals have a right of their own, and as far as they do no harm to none, we have no right to point a finger at anyone.

This explains the large following he has, a significant number of his followers are non-Muslims who value his words of encouragements and relatable tweets.

“Having respect for one another is far higher and a better word than tolerance. Across the globe, it’s important for us to promote this form of togetherness and understanding and respect for one another, because if we as leaders are to show that we definitely respect people of different backgrounds and faiths, I think our followers will learn a thing or two,” said the Zimbabwean scholar.

8. Because of his humanitarian efforts.

He enjoys spending time with the under privileged and has an overwhelming desire to help others. Each year, during the holy month of Ramadan, he spends time with a faraway community, disseminating the teachings of Islam. His work is all done solely for the Pleasure of the Almighty without any remuneration or financial rewards.

It’s an initiative he focused on since young, Ismail ibn Musa Menk was a compassionate young man who always believed in looking out for the less fortunate. He volunteered wherever he felt that he could lend a helping hand. It was then he participated in the Community Awareness Club where the College boys reached out to the underprivileged, he devoted most of his leisure time to this club. How can you not love him?

9. Because he reminds us to breath.

" We do this without even thinking....we keep planning and moving on in life, often never stopping to reflect on what we’re blessed with and how far we’ve come. We rush through life as if tomorrow is guaranteed. Learn to embrace life’s moments and thank the Almighty. Do it now! "  Tweeted by @muftimenk on 21st July 2018

The world is tough to deal with right now. And being part of the young generation is even harder. And not many older adults can empathize and relate.  To them, we look like a bunch of spoilt, ungrateful, phone addicted animals.

Thank you Mufti Menk , you smart, you loyal , we appreciate that.