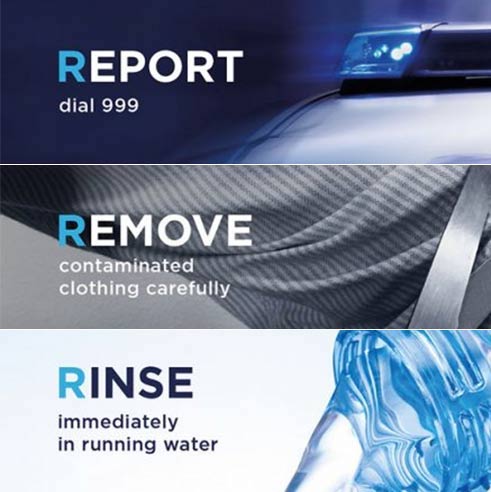 There has recently been a rise in acid attacks all over the UK, as incidents have almost tripled in 2016 - 2017 compared to 5 years ago. In the past, it was thought that the main targets were South Asian women who were assaulted by ex-boyfriends or relatives. While this may be the case internationally, according to statistics in London alone 67% of victims are men. There have also been worries that Muslims are specifically being targeted, but there has been no evidence to suggest that there is a correlation with these attacks being hate crimes.

Being burned with acid is excruciatingly painful but is not usually life threatening. Having said that, it can cause blindness and leave lifelong physical, mental and emotional scars. What’s most unfortunate about these attacks is that only 1 in 5 of these offenses go to trial due to little evidence being left behind by the criminal, meaning justice is rarely served. These attacks sound scary, especially with the thought that they are on the rise. However it’s important to keep in mind that in general, acid attacks are incredibly uncommon. Nonetheless, both the NHS and St John Ambulance have released information on how to treat these acid burns. Hopefully you will never have to put this into practice, but it is always handy to know this information should you ever need it - for yourself or for others.

St John Ambulance go into more detail with the following information, if you are a witness:

Do not attempt to neutralise acid or alkali burns unless you are trained to do so. Do not delay starting treatment by searching for an antidote. Only use water. Do not use other liquids such as milk and do not rub or wipe the area.

Some of the acid attacks that have taken place have affected the victim’s faces as this has been many of the attacker’s targeted areas. This is one of the most dangerous places to be burned, especially around the delicate eye area. If you or someone near you has had acid thrown in the eyes, here is what you should do:

Do not allow the casualty to touch the injured eye. Do not attempt to forcefully remove a contact lens.

Once the medics arrive, they will handle the situation with care and rush the victim straight to the burn ward. Here they will receive immediate treatment, hopefully reducing the effects of the acid. If the burn is minor, burn care is good and the dressing is changed regularly, it is possible that it will heal with minimal scarring. If the burn is severe on the other hand, surgery may need to be done in order to replace the burnt skin. As mentioned earlier, these acid attacks can lead to physical, mental and emotional health issues, which is why the NHS offer occupational therapists, physiotherapists and mental health professionals within the Specialist Burns Unit.

Read other news on HalalGuide here