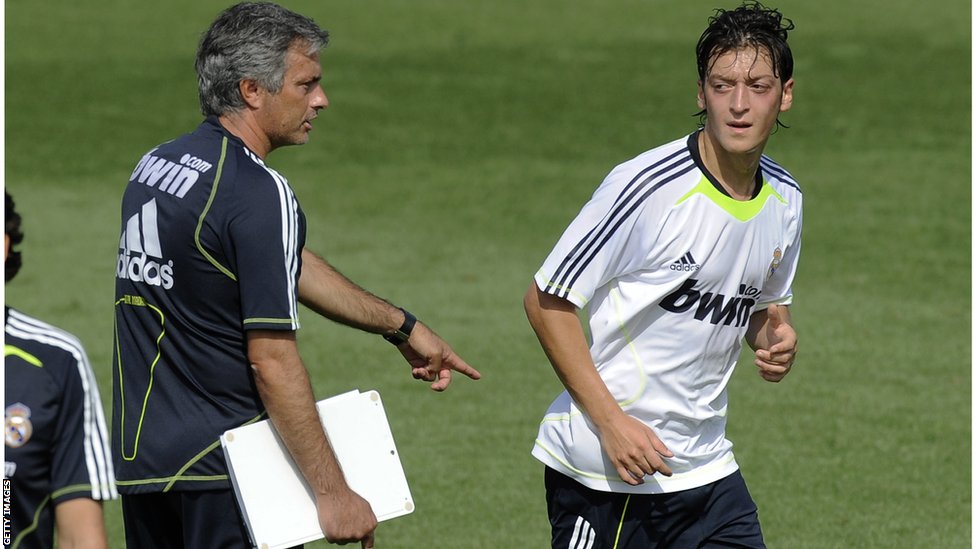 'I am German when we win, but I am an immigrant when we lose,' declares Mesut Özil

It was only four years ago, the 29-year-old footballer, Mesut Özil, was one of the 2014 FIFA World Cup outstanding winners. The star was bathed in glory whilst his name was celebrated and chanted in the streets of his country. He was Germany’s pride and champion. Özil scored 23 goals in 92 games for Germany and was voted the national team's player of the year on five occasions since 2011 by fans. Though, his achievements do not end here. In 2015, The Arsenal star has also been presented the German Football Ambassador in recognition of the extensive charity work Özil has been involved in over the past few years.

Despite being a key member of his country's 2014 World Cup-winning side, it only took a single picture of Özil, a German-born descendant of Turkish immigrants posing with the president of Turkey, Recep Tayyip Erdogan, for the player to face heavy backlash and be subjected to relentless racism. The photograph was taken during a London "charitable and education event" in May before the World Cup tournament.  Therefore, the player feels he is being depreciated for his shared pride in Turkey, the nation of his heritage and roots. He writes, “Racism should never, ever be accepted.”

Özil, who plays for Arsenal in the English Premier League, felt he had fallen victim to “racism and disrespect” in some of the criticism he received for the controversial picture. He accuses the German media association, sponsors and the national soccer federation, known as the DFB, of racial discrimination and political harassment. Özil also revealed he has been receiving hate mail, threats and abuse online.

The photograph caused such rage, it had led on to accusing the players dual heritage of being the sole reason for Germany's elimination at the first stage for the first time in 80 years, losing to Mexico and South Korea.

In response to the racism and mistreatment he had shouldered following the World Cup, the Germany midfielder took to Twitter to release a lengthy four-page open statement, in which, he addresses multiple issues he has been facing, and defends his choice of being photographed shaking hands with the Turkey president.

Although he had spent the past years positively representing the country abroad and help develop the sport, Özil’s loyalty towards the German democratic values by the politicians were still questioned.

He clarifies the photo was not intended for any political motivation nor endorsement, but rather, a matter of ‘respect’. He explains, the conversation was strictly about football, and had he not agreed to pose with the Erdogan, he would have been "disrespecting his ancestors’ roots." In fact, the footballer had questions of his own he wanted answers to, he challenged the Germans who class him as the “other” by putting the following in his statement, “Are there criteria for being fully German that I do not fit? My friend Lukas Podolski and Miroslav Klose are never referred to as German-Polish, so why am I German-Turkish? Is it because it is Turkey? Is it because I am a Muslim?

The resignation and statement were indeed a bold one to take, and one not everyone supports. It took no longer than 24 hours after releasing his statement for the verbal attacks to begin. Bayern Munich president, Uli Hoeness claimed, the Arsenal star has underperformed in the recent years and will not be missed, “Özil has been playing s*** for years. He won his last tackle before the 2014 World Cup. All he is doing on the field is playing cross passes. Now he hides himself and his crap performance behind this photo.” The former West Germany international continued to blast, "Whenever we played against Arsenal, we played over him, because we know he's the weak point."

In addition, the World’s Football governing body failed to acknowledge the several offenses the footballer has suffered from and remained ignorant of the events.

Turkey’s president stands strong in support with Özil’s retirement and condemns the ‘racist attitude’ Mesut Özil has encountered, as he declares, “To have such racist approach towards a young person, who gave everything for the German team, contributing to its success, is completely unacceptable.”

The 29-year-old is without a doubt, a talented player who embraces his religion Islam publicly, as he is screened multiple times making Du’a on the field and falling to prostration after shooting victorious goals. In 2016, photos of the world-class footballer visiting Makkah to perform the Umrah pilgrimage went viral. It is the confidence in his identity which has kept him remarkable along with his talent in sports.

Mesut Özil’s departure is more than just a retirement. It’s exposing Europe’s racist hypocrisies and a symbol of how racism continues to permeate sports, and lack of integration of Muslim immigrants in to European countries. It also sheds further light on the double standards and discrimination European Turkish citizens experience in their education, workplace and social life. "I used to wear the German shirt with such pride and excitement, but now I don't. I feel unwanted and think that what I have achieved since my international debut in 2009 has been forgotten," the player said.

This incident led to support from a number of athletes as the statements were unfortunately, too familiar. His Arsenal team-mate Hector Bellerin writes: "Surreal that someone who has done so much for his country on and off the pitch has been treated with such disrespect. Well done Mesut Ozil for standing up to this behaviour."

Özil’s dramatic exit came days after The Daily Show host, Trevor Noah was criticised for his controversial comments after France beat Croatia 4 - 2 to win the World Cup on July 15th.

Incidents like these are especially harmful to our society because children grow up idolizing and emulating these athletes, so to see them be treated with such overt racism by the public and authorities is disheartening hence why, it is imperative we champion on the victim and be vocal in bringing to light their fearless courage.