Sign in About us News Events Advertising App Holidays Map Prayer times Ask the Imam Qibla Radio Bloggers TVs Media
Back to listing
Muslim Marriage: Your Duty As A Husband 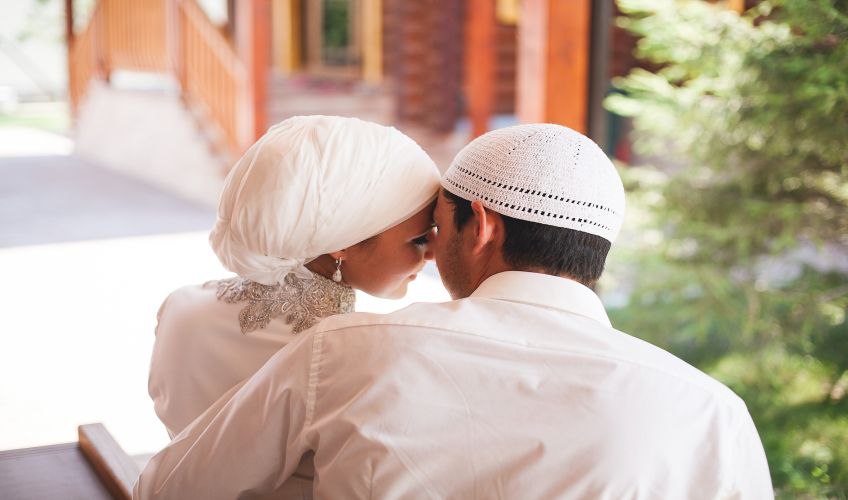 There are a number of articles about marriage here on HalalGuide, but none of them are targeted specifically at men. Whether you’ve been married for 1 month or 30 years, there’s always room to learn more about developing a healthy muslim marriage. This is especially true as it is common for culture and Islam to be intertwined and mixed up, allowing Muslims to make simple mistakes within their marriage. Particularly in the older generation, there are many misconceptions about the role of men and women in a muslim marriage. For example, in some cultures wives are seen as ‘lower’ than their husbands and should therefore be subservient to their other half. While we are definitely improving as a society, it’s important to remember your Islamic duty as a husband, in order to maintain a happy and healthy relationship.

Open Up:
From a young age, boys are moulded to follow the social construct to be stoic and to “man up” when dealing with problems, especially when they are strongly linked to one’s emotions. But it’s time we broke down the stigma surrounding men expressing their feelings. In fact, one of the reasons it may seem that women are more likely to be treated for a mental health issue than men (29% compared to 17%) is purely because men tend not to report an issue. Unfortunately suppressing emotions can lead to health issues and in order to combat this, you need to become comfortable with talking about your thoughts and feelings. Admittedly, it is a difficult task to turn feelings into words. However you have the rest of your life to spend with your wife, so start off small and with time it will become easier to open up about any pent up emotions and concerns. Use your wife as both a sounding board and confidant, who you can turn to in times of need. As a result, not only will you feel better having let go of any internalised feelings, there will also be a deeper level of trust between you and your wife.

In addition to talking about your problems and how you feel about them, you should also be happy to express your loving feelings towards your wife. The Prophet (pbuh) once stated:

In a world where it’s uncommon for Muslim men to sincerely show their love for their wife, don’t be afraid to stand out.

Love & Respect Your Wife:
This one may seem incredibly obvious, but there are many components to loving and respecting someone. While telling your wife you love her is one of them, your actions are what are important - and this does not mean constantly showering her with material gifts. Abu Sa'id al-Khudri reported that Allah's Messenger (pbuh) said:

“The most wicked among the people in the eye of Allah on the Day of judgment is the men who goes to his wife and she comes to him, and then he divulges her secret.” (Muslim 1437a).

How would you feel if you opened up to your wife, only to find out that she told all her friends about what you said? It would hurt, right? In the same manner, if you did such a thing, you would hurt your wife too. A good way to show that you respect your wife is to keep her secrets exactly that; a secret. By not talking about her secrets to others, it also shows that you are not judging her and that she can trust you.

Another way you can show how much you love your wife is by not treating her like your child or an object you possess.

"Imam Ali (a.s.) stated to his son, Imam Hasan (a.s.): 'Be careful not to act possessively when you should not. Because this would incline the right people towards corruption and the chaste people towards committing sin'." (Bihar al-Anw'ar vol 103, p 252).
"There is a kind of protective jealousy that Allah loves and a kind that Allah hates. As for that which Allah loves, it is protective jealousy when there are grounds for suspicion. And as for that which He hates, it is protective jealousy when there are no grounds for suspicion." (Ibn Majah Vol. 3, Book 9, Hadith 1996).

Strict and possessive behaviour can be a result of you feeling jealous and protective over your wife, without truly having a reason to. This is what Allah hates the most. The irony here is that treating your wife as if she has rules to abide by, can have the opposite effect that you initially intend and lead her exactly where you don’t want her to be. Treat your wife with respect; believe and trust that she loves you and will make all right decisions without you breathing down her neck. If you treat your wife like she is free, she will always come home. But if you treat her like she is a prisoner, she will try to escape.

Before you got married, you should have accepted your wife the way she is. If you didn’t, don’t worry, it’s never too late to start.

The Prophet (pbuh) said, "Whoever believes in Allah and the Last Day should not hurt (trouble) his neighbor. And I advise you to take care of the women, for they are created from a rib and the most crooked portion of the rib is its upper part; if you try to straighten it, it will break, and if you leave it, it will remain crooked, so I urge you to take care of the women." (al-Bukhari 5185, 5186).
“A believer must not hate a believing woman (i.e., his wife); if he dislikes one of her traits he will be pleased with another.” (Muslim 1468 b)

Loving your wife means accepting her and all her faults. Learn to overlook small mistakes and don’t try and change your wife, unless it’s to help her become a better Muslim. Picking out faults, especially if it’s something she cannot change - like her appearance - can lead to an unhappy marriage. You wouldn’t want your wife to try and change you as a person, so you should reciprocate the gesture.

Settle Disputes Camly:
Picture-perfect marriages do not exist and as a result, disagreements will inevitably take place. The first point of action is to stay calm and not create an argument with your wife is there is no need. A'isha reported Allah's Messenger (pbuh) as saying:

“The most despicable amongst persons in the eye of Allah is one who tries to fall into dispute with others (for nothing but only to display his knowledge and power of argumentation).” (Muslim 2668).

Before making a mountain out of a molehill, take a moment of introspection to see if it’s possible that you are the cause of the disagreement. But assuming your wife is in the wrong, remember that she is not perfect (just like you) and can make mistakes. Maybe this is one of those moments where you can forgive her and let the problem go.

But what if you and your wife can’t agree on something and it is causing a lot of tension and anger between you? Mu'awiyah asked:

“Messenger of Allah, what is the right of the wife of one of us over him? He replied: That you should give her food when you eat, clothe her when you clothe yourself, do not strike her on the face, do not revile her or separate yourself from her except in the house. Abu Dawud said: The meaning of "do not revile her" is, as you say: "May Allah revile you". (Abi Dawud 2142)

Remember that you are the guardian of the household and it is your responsibility to take care of your wife. Therefore according to this hadith, you should not criticize or spew hatred towards your wife. You should also ensure that you do not leave the house with your wife thinking you’re angry at her. You should both take the time to calm down and when you’re ready, talk about any problems in a civilized manner. Unfortunately, during times of hardships many men believe that it is okay to beat their wives. However this is a misconception among cultures.

“Habibah daughter of Sahl was the wife of Thabit ibn Qays Shimmas He beat her and broke some of her part. So she came to the Prophet (pbuh) after morning, and complained to him against her husband. The Prophet (pbuh) called on Thabit ibn Qays and said (to him): Take a part of her property and separate yourself from her. He asked: Is that right, Messenger of Allah? He said: Yes. He said: I have given her two gardens of mine as a dower, and they are already in her possession. The Prophet (pbuh) said: Take them and separate yourself from her.” (Abi Dawud 2228)

As you can see, beating your wife are grounds for divorce. If you ever lay your hands on your wife, you should never touch her sensitive areas (such as her face) and never do so with the intent to hurt her emotionally or physically.

Share Responsibility:
Every household and marriage works differently. In some marriages only the husband has a job, whereas in others both spouses work to earn a living. In today’s contemporary society the latter is becoming increasingly common, however neither of these are wrong. What is agreed upon between scholars is that both men and women should share responsibility in household matters. This does not necessarily mean it has to be split 50/50, but you should definitely find a balance that suits you as a couple.

“Hisham said, "I asked 'A'isha, 'What did the Prophet, may Allah bless him and grant him peace, do in his house?' She replied, 'He did what one of you would do in his house. He mended sandals and patched garments and sewed."” (Al-Adab Al-Mufrad 540).

Don’t go into your marriage expecting your wife to do everything for you, as your mother did when you were a child. The Prophet (pbuh) took opportunities to assist with house work. If you have the time and energy to do something, do it, especially if your wife is in the middle of something else. It is said that helping out your wife at home is a form of sadaqah (charity). Keep in mind that household matters does not just mean chores, but raising your children too. Both girls and boys need their father in their life, so you should also share responsibility when taking care of your children.

Apply What You’ve Learnt:
Did you know being happily married has many medical benefits? Studies have shown there is a correlation between marriage and mental & physical health benefits. This includes, lower stress and blood pressure levels as well as greater life satisfaction and better heart health. Now it’s time to apply what you’ve read to your marriage and not only will you reap rewards and blessings from Allah, but Insha’Allah you’ll gain the medical benefits too!