Sign in About us News Events Advertising App Holidays Map Prayer times Ask the Imam Qibla Radio Bloggers TVs Media
Back to listing
What is happening to our Ummah in China? 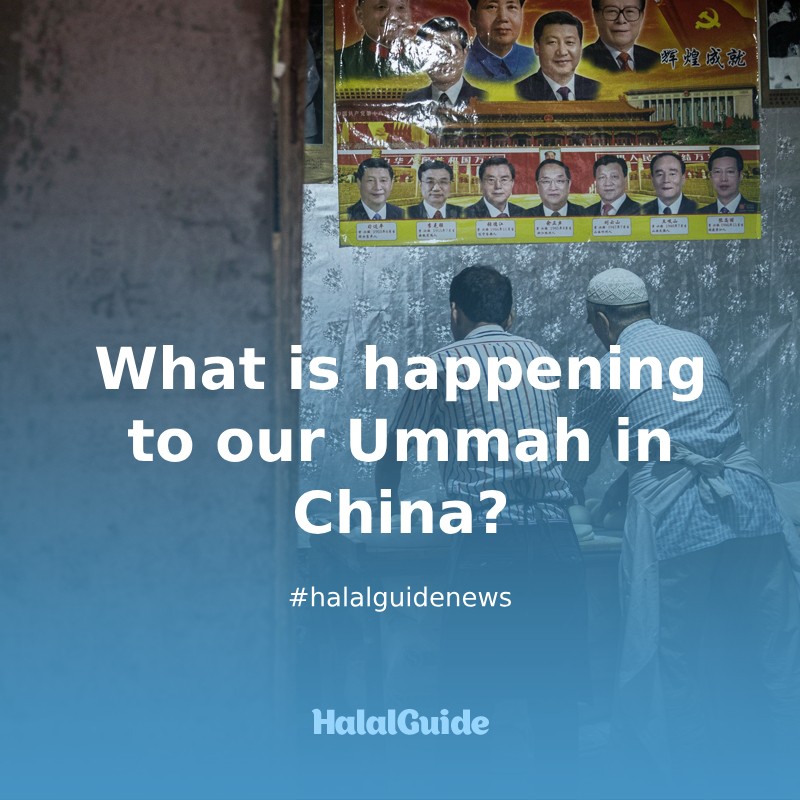 What are happening to the Muslims in china?

They are the Uighurs – a largely Muslim ethnic minority group restricted from peacefully exercising their rights, most of whom are Sunni Muslimbased in the Xinjiang province, outside inner China, bordering Pakistan and Afghanistan.

Quite frankly, the situation is a humanitarian disaster. Evident from the lack of international outcry, not enough people around the world are aware of the horrors and mass repression unfolding in Xinjiang.

The deadly attacks are being carried out with the permission of the Chinese government with the justification of attempting to ‘eradicate extremism and separatist groups.’The government has destroyed thousands of religious buildings. It has banned long beards and many Muslim names.

Reports say, an estimated 1.1 million Muslims have been imprisoned in internment camps, including political re-education campswhere inmates are victims of intense political indoctrination and psychological abuse.

The facilities and conditions in the re-education and other internment camps have been described as inhumane. There are credible reports of torture and death among the prisoners.

What happens in the re-education camps?

It is the largest internment camp since World War II and Muslims accused of having “strong religious views” and “politically incorrect” ideas are detained in these brutal camps.

Simply, it’s a form of an ethnic cleansing programme. Inmates are threatened to renounce their faith, chant Communist Party songs, consume pork, and drink alcohol. If they resist, they are deemed as “ideologically sick” and are subjected to torture till death.

Critics say the purpose of these camps are meant to curtail Islamic traditions and practices, and the correct term for these ‘re-education camps’ are in fact, ‘concentration camps.'

According to a recent Human Rights Watch (HRW) report on Monday, former detainees described being denied food, being shackled or forced to stand for 24 hours, and being subjected to solitary confinement and sleep deprivation to which of course, the authorities of China deny.

Sounds sadistically familiar does it not? Very much how the Nazi Germany contained the concentration camps to impose their control and abuse on the Jews. All for what cause? ‘To fight religious extremism’, the repetitive answer for many.

Mehdi Hassan, a British political journalist, states the reason very clearly in his piece for The Intercept, ‘The Chinese – like the Americans and the Israelis – don’t really give a damn about alleged terrorist threats this has much less to do with security and much more to do with politics. Fighting Terrorism, has become a useful cover for authoritarian governments around the world.”

Years of government repression, including the prohibition of the hijab and fasting during Ramadan have pushed many families to leave Xinjiang.

Though the UN has called on China to free Uighurs from alleged re-education camps, not an ounce of attention has any Muslim leader or official from the Islamic world been given to voice against the torment of Uighur Muslims. But why?

Why are the Muslim leaders of the Islamic world so silent?

The persecution of Uighurs has prompted no response from the leaders in the Islamic countries, no one has condemned neither addressed the on-going issue. The governments of Turkey, India, Indonesia, Pakistan, Malaysia, Kazakhstan, Saudi Arabia, and Egypt did not respond to requests to comment for this story.

It is known that China has become a key trade partner of every Muslim-majority nation. Many are members of the Chinese-led Asian Infrastructure Investment Bank or are participating in China’s Belt and Road Initiative.

China is a key market for commodities such as palm oil and coal.

In addition, China’s position as the world’s top importer of oil and its rapidly increasing use of natural gas which benefit the Middle East greatly. China accounts for about a 10th of Saudi Arabia’s oil exports and roughly a third of Iran’s, according to ship-tracking data compiled by Bloomberg. It is Malaysia’s top source of foreign investment. And it has ensured the flow of more than $60 billion in loans for China-Pakistan Economic Corridor infrastructure projects.

Muslim nations “don’t want to damage their relations with China, and consider China a potential ally against the West and the U.S., and therefore they are trying to stay silent,” said Omer Kanat, chairman of the executive committee at the World Uyghur Congress, an overseas Uighur advocacy group.

The US and Europe have only recently began calling out and pressuring China to halt alleged human-rights abuses against its Muslim minority.

Human Rights Watch added to its new report on Xinjiang, based on detailed interviews with former detainees and their relatives, concluded that China was daily violating fundamental rights to freedom of expression, religion and privacy and breaking international law on discrimination against minorities. “Those detained have been denied due process rights and suffered torture and other ill-treatment. The human rights violations in Xinjiang today are of a scope and scale not seen in China since the 1966-76 Cultural Revolution,” the organisation said.

Governments are still prioritising their economic benefits over the innocent lives of the Uighurs despite the stories of the witnesses. The world is failing to unite and respond effectively. Accountability is heavy on our shoulders.