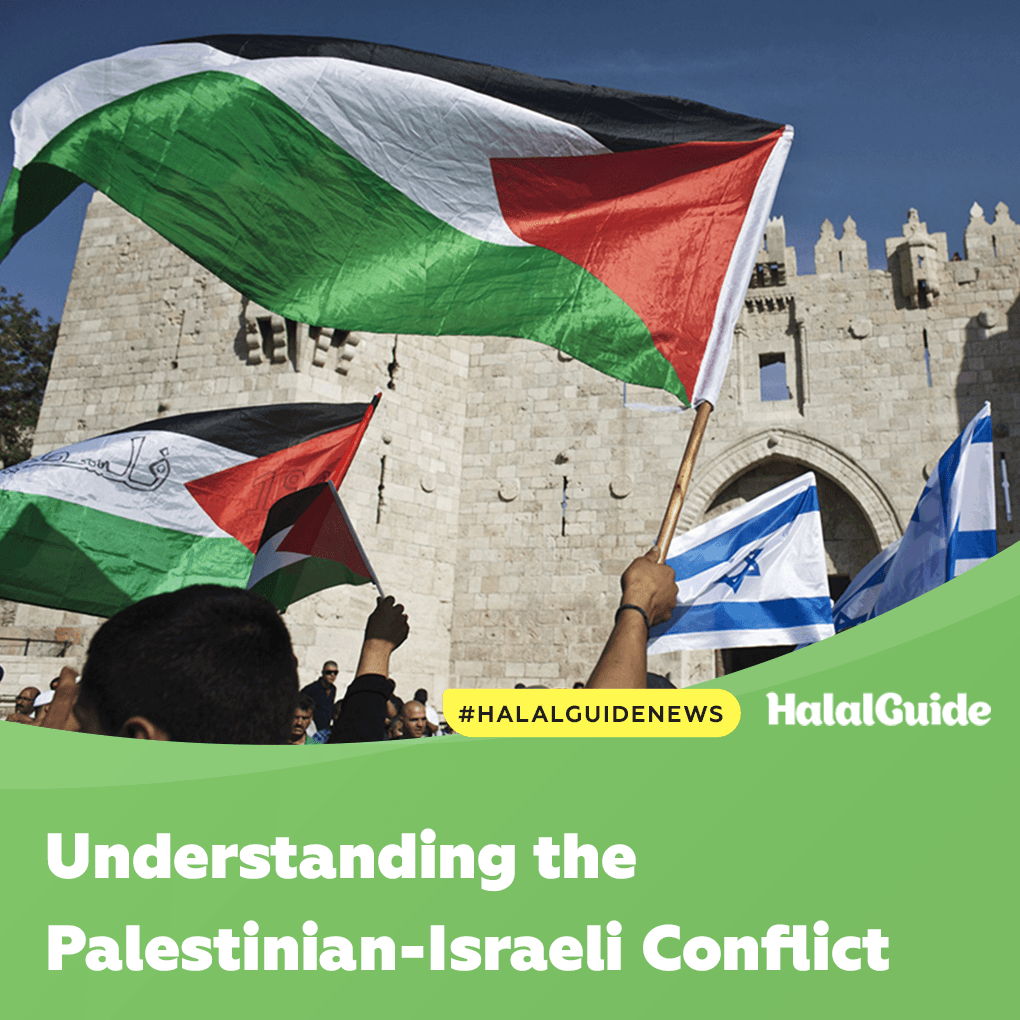 It’s the world longest and one of the deadliest conflict in history. It is the world’s most controversial conflict yet, as it disgracefully proceeds with more bloodshed and massacres, a shameful silence also grows towards the contentious issue.

We all know of the war between the two sides but not many of us are aware of how it all exactly began. It’s vital everyone to be educated on the history of the ongoing conflict so we are able to form opinions and speak up for the innocent lives sufferening daily.

How it all started

Just how Islamophobia is widespread now, during the Nazi holocaust, Jews were persecuted and turned away from every country fueled by anti-Semitic Europe and therefore, fled to Palestine where they were assured to be safe. Zionists instructed the Jews to migrate to historic Palestine which was under British colony.

It was then, in 1947, the UN had offered majority of the land to the immigrant Jews to establish a new state called Israel. This was massive destruction for the Palestinians and rejected the UN partition plans which caused other Arab states to invade the lands Israel were settling in.

The Zionist forces, in their mission to create a "Jewish state", expelled some 750,000 Palestinians from their homeland and destroyed their villages in the process.The had erased 400 Palestinian villages and towns to eventually illegally taking over 78% of historic Palestine resulting to ¾ of a million Palestinians to flee for their lives. Upon attempting to return back to Palestine between 1949 to 1956,to reunite with their relatives who remained in Palestine and became second-class citizens once Israel had illegally occupied Palestine, it is estimated that Israeli forces shot dead between 2,000 to 5,000 people who tried to cross as they were not allowed to enter and were completely barred. 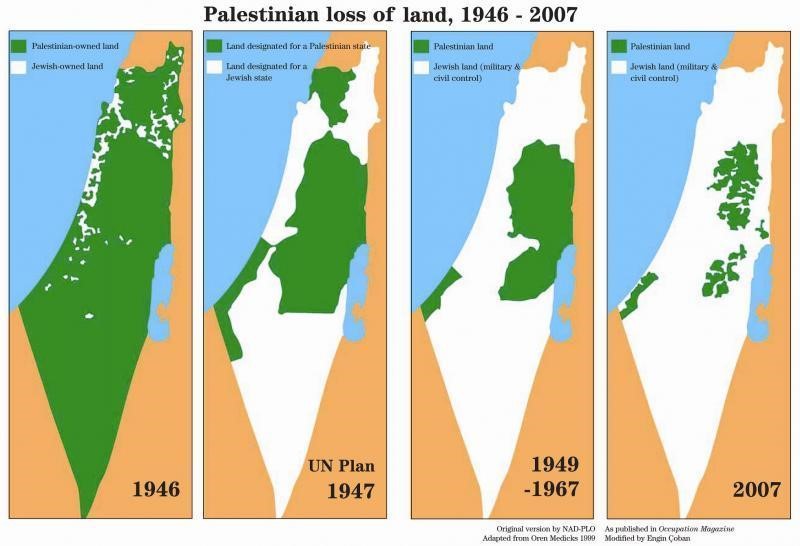 Now, Palestinian refugees are mostly in the Gaza strip, the west bank and Jordan seeking to return to their homeland.

To sum up, Israel had entered as refugees in to Palestine, by violating their rights, they had in return, displaced the Palestinians creating a new set of refugees. By 1948, the state of Israel came into being in a violent process that entailed the ethnic cleansing of Palestine.

It was in 1953, Israel committed the most notorious reprisal massacre in the West Bank against the village of Qibya, where 45 houses were blown up and at least 69 Palestinians were killed.

The Balfour Declaration: The letter which started the bloodshed

The Balfour Declaration was a letter sent by Britain’s then foreign secretary, Arthur James Balfour, to Lord Walter Rothschild, a prominent Zionist leader, on Nov. 2, 1917.

This month marked the 101st anniversary of the signing of the Balfour Declaration. The 67 word proclamation issued by then British Foreign Secretary, Arthur Balfour to Lord Walter Rothschild, a British Zionist leader, is said to have led to the formation of the state of Israel, sparked the Israeli-Palestinian dispute and the ceaseless ‘Nakba’ – the ethnic cleansing of the Palestinians. 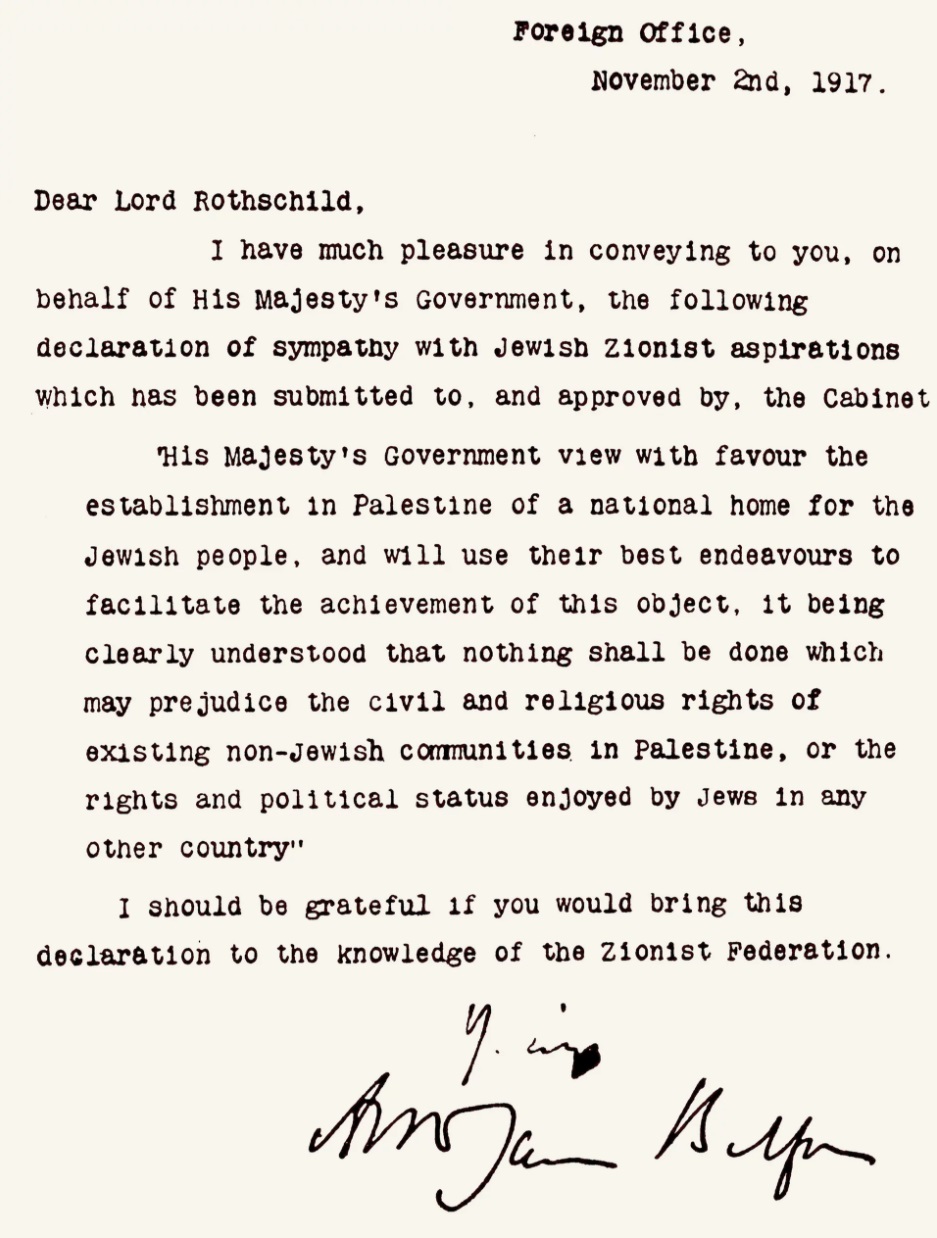 The controversial pledge included “a national home for the Jewish people” stated in the document, which was seen as the long-awaited permission for the Zionists to create a Jewish state, even though Britain bore no legal rights nor any moral grounds to promise one people’s land to another.

In other words, explicit as it may be and whether it was knowingly or unknowingly, the blood-drenched letter which foreordained the history of the Middle East was a form of British colonisation.

The Palestinian Forum in Britain has commemorated the 101st anniversary of the signing of the Balfour Declaration by calling on the UK government to apologise for its role in the historic accords, which paved the way for the establishment of the state of Israel.

“Although it has been 101 years since the promise was made, the will of the Palestinians has not died down and generation after generation, they have not forgotten their rights and will not let go of their right to their lands,” the forum said in a statement.

It demanded that the government now aid the Palestinian people in securing a state as compensation for their role in instituting and justifying Israel’s occupation in 1948.

“We, the Palestinian Forum in Britain demand that the British government apologise for this promise and withdraw from any actions placed upon it, and help the Palestinians regain their rights and lands as reparation for the crimes committed against the Palestinian people.”

Yet, the Government remain steadfast in their denial and responded by saying: “The Balfour Declaration is a historic statement for which HMG (Her Majesty’s Government) does not intend to apologise, we are proud of our role in creating the State of Israel. The task now is to encourage moves towards peace.”

Last year, British politicians made several statements in support of Israel in marking the centenary of the Balfour Declaration.

Then British foreign secretary Boris Johnson referred to boosting ties with Israel in the light of significant upcoming anniversaries in the Israeli occupation. A week before, British Prime Minister Theresa May called Israel a “remarkable country” and expressed her desire to proudly celebrate the role the UK played in creating the Balfour Declaration. Just days before, British Cabinet member Sajid Javid also announced at the World Jewish Congress that the UK would honour the anniversary.

Now after reading this, you decide. Who is in the right, and who is in the wrong? Share your thoughts.